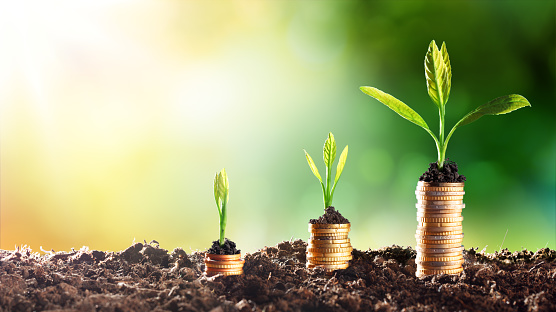 We often hear the success of messenger apps such as, WhatsApp, WeChat and Hike gaining a large user base and subsequent popularity. However, the point that is often taken for granted is the users contribution to the success of these messaging apps.  Aside from being able to send messages, what other benefits do these users receive?

Here is an app that is about to add another first to its name. n-gage, the most private messenger, which was launched in January this year has already gained more than 8 lakhs of downloads and is now launching a program to reward its users. n-gage is now poised to give away 250 million shares worth of Equity* to its global users. What’s more, India is the first out of 50 countries to be allocated with Equity for its Indian users.

Indian users will get over 60 million shares worth of Equity* in n-gage.  The first one million founding Indian users to register onto n-gage, will automatically be credited 20 N-Gage Loyalty Points (NLP), equivalent to 20 shares in n-gage, and become partners in a business that they have helped grow.

n-gage users, or rather the “Champions” will be able to earn more N-Gage Loyalty Points when they get their friends and family to use the app. Further details can be found in the rewards part of the n-gage app. Each N-Gage Loyalty Point can be exchanged at an appropriate time with either one n-gage share or its cash equivalent.

Speaking on the occasion Mr. Ajit Patel, CEO & Founder of n-gage said, “We firmly believe that it is the users who make any app successful. These users normally get no more than the use of the product for their contribution.  With the N-Gage Champions Program, we want our users to partner in our growth and share in the success. The program aims to reward users for their trust and love of n-gage.”

n-gage has issued 1111 million shares out of which 250 million shares has been reserved for the benefit of its users. These shares are owned by Wemet Loyalty Company, a sister company of n-gage, which is governed by an independent board of directors. n-gage has agreed with Wemet Loyalty Company that n-gage users will be able to exchange their N-gage Loyalty Points, for either n-gage shares, or its value when n-gage is sold, or publicly listed on the London Stock Exchange which it plans to do end of 2020.

In addition to benefitting from this exciting reward, users will be able to safeguard their messages and content from being abused by receivers or prying eyes.  With more than 15 unique privacy features dedicated to helping them keep their messages private, they will be able to take back messages they have sent by accident from the receiver’s end with Extract. For complete control, Stop Screenshot or Stop Copy/Share/Forward, prevents users’ contacts from taking screenshots of conversations, or stops them from copying, sharing or forwarding certain messages to other people. As all messages are end to end encrypted, users will now be able to understand the benefit of seeing encryption live on their device with Scramble, a feature that pixelates images, and jumble text.

As each privacy feature has been developed to suit the individual’s needs, even when the user loses his/ her phone, they will be able to erase all their n-gage data remotely with Burn. What’s more, users will be able to transfer their important media images and documents into Safe Gallery, a hidden area which is password protected.

With messaging apps remaining on trend because of its users, now is the chance to grab the opportunity and become a partner and share in its success. n-gage, the most Private and Rewarding messenger is available to download now on Android and iOS across the globe.

Are you sure that you want to burn all the n-gage data from your device?

Note:  Clicking YES will delete everything and you will not be able to recover after this point.

Earn N-Gage Loyalty Points based on the number of users that you bring onto n-gage, then maintain your points through monthly in-app activity.

Help us grow the number of active n-gage users whether they are your friends, family or total strangers. Earn N-Gage Loyalty Points which you can later exchange and or redeem for “Equity”*

The more users you help us to recruit, the more N-Gage Loyalty Points you can earn.

There are a limited number of N-Gage Loyalty Points available for the users of your country. So sign up now, and be one of the few to get in line to start earning points.

Once you’ve been accepted and are enrolled – you’ll be able to:

If we have a recovery email address for {number} then we will email the password there.  If you do not receive it please email support@n-gage.com for assistance

Sign up to any of the schemes available in your country:

Register for the N-Gage Champions Program and join any of the schemes.

By joining this scheme you can earn N-Gage Loyalty Points for recruiting your friends.

The more you recruit, the more N-Gage Loyalty Points you can earn.

There are a limited number of N-Gage Loyalty Points available in your country. So sign up

now, and be one of the few to get in line to start earning points.

Getting rewards for your friends has never been more easy.

Once you’ve been accepted and are enrolled:

Your n-gage data will be burned as soon as the device has an internet connection.

Email sent on the email id

Email sent on the email id